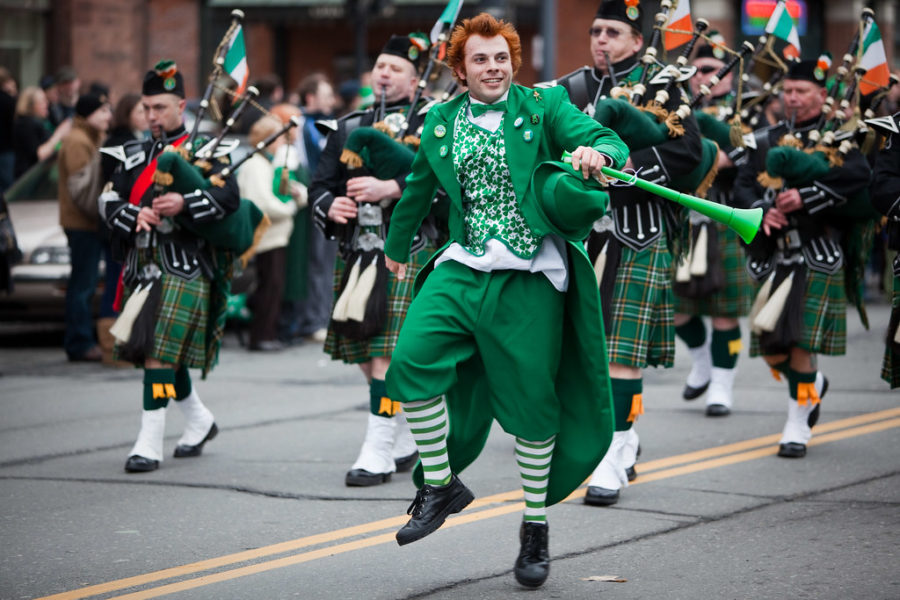 It is that time of year again for St Patrick’s Day! St Patrick’s Day is an Irish holiday where it celebrates St Patrick, the patron saint of Ireland. This year, we are going to see what people around TJ and their families do to celebrate this holiday!

First, some history: Saint Patrick’s Day started out in the 5th century, after the death of Saint Patrick on March 17th, Irish families would attend church during the morning, and in the afternoon go out and celebrate. Saint Patrick’s Day falls during the Christian season of Lent. Lenten prohibitions against eating meat were waived for the day, and people would dance, drink and feast all throughout the day. The traditional celebrations did not start until around the 9th or 10th century.

When Irish troops fought alongside the British during the revolutionary war in America, they brought St Patrick’s
Day over here. In the 1700s, the first celebrations happened in New York. From there on, the celebration continued to spread throughout the country and years to today.

Spencer Ellis Dewease, a sophomore whose family roots come straight from Ireland, celebrates with his family every year. “Usually, my family is very heavy in making food and drinks for our family. My grandparents used to live in Ireland, so during St Patrick’s Day they would take a bale of whiskey to their town of Sligo, Ireland.” He said proudly. “In the town there would be a local parade, and all the families in the town would come out, and taste each other’s whiskey.” He said enthusiastically. “People would dress up and have their homemade Irish pins and hand them out, so it would be very fun and joyous. It started in 1971, called Sligo Saint Patrick’s Festival, with a bunch of music, poetry and dancing.”

In today’s world of drama, with crises galore, it is nice for people to be able to sit down on March 17th, and be able to come together and celebrate and help forget about the problems of the world.