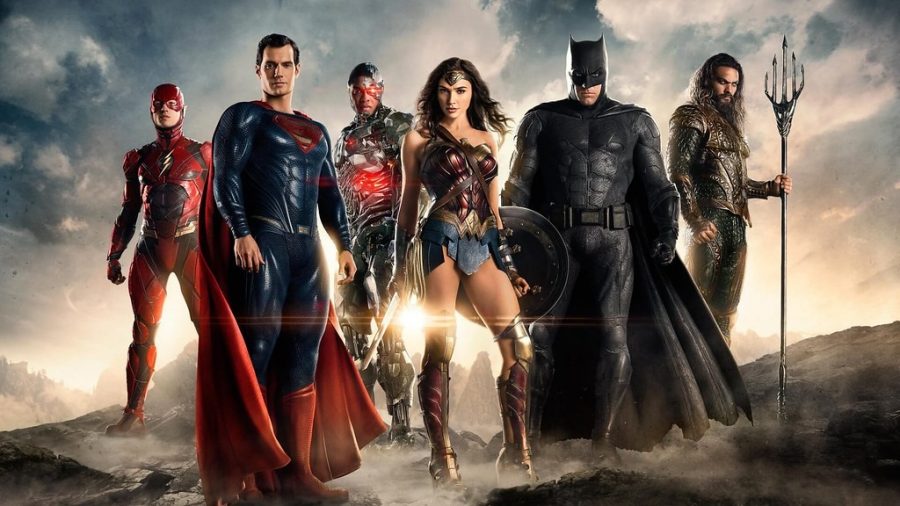 The long-awaited Zack Snyder cut of the Justice League movie is officially here, as of Thursday, March 18. A warning, there will be spoilers ahead.

In November 2017, the original Justice League movie, directed by Joss Whedon was released into theaters. But Joss Whedon wasn’t always the director. Zack Snyder was the director before the death of his daughter, Autumn, of whom he lost to suicide in early 2017. Synder was broken after her death and didn’t wish to fight Warner Brothers for creative control over the film. Joss Whedon, the director of many Marvel films, was called in to finish the film. But Whedon was quick to rewrite the script and re-shoot already filmed scenes in order to cut the film’s length down, a fact that Snyder has always detested.

Snyder decided to come back to the film after #ReleaseTheSnyderCut was trending. At 2019’s San Diego Comic-Con, an airplane flew over with this message for Warner Brothers: “WB #ReleasetheSnyderCut of Justice League”. Billboards of the same message were all over New York City’s Time Square during their own Comic-Con. Snyder was moved by the support from the fans, not only with them wanting to see his vision for the film but with their support in mental health awareness and suicide prevention organizations. Snyder told Washington Post this about the release, “It was a promise I made about ‘Justice League’ that I would finish the arc, that’s kind of partly where the fan uproar came from, I think, when the theatrical version was released.”

The film has earned 78% on Rotten Tomatoes, and compared to the 2017 film’s score of 40%, the movie has already raised expectations. Movie critic Eric Deggan, a tomatometer approved critic, says “It actually succeeds. In more ways than I ever expected.” Kevin Maher of Times (UK) says, “Yet as a salvage job on one of cinema’s biggest catastrophes, Zack Snyder’s Justice League is startlingly ambitious and deeply rewarding film-making.”

Going into this movie I am expecting a few things. One of those being better character development for the Flash (Ezra Miller), Cyborg (Ray Fisher), and Aquaman (Jason Momoa). The 2017 Justice League was the first movie of the new DC film franchise to star these characters and they barely touched on their back stories nor had any development. While that was okay for Aquaman, because he got his own movie explaining his backstory more in depth, it was not okay for Cyborg and the Flash not to have their stories told. It was as if they had just placed them there for the fight rather than for the characters. I’m also excited to see the villain Darkseid in live action for the first time. Darkseid was first introduced into the DC universe in the late 60s, being created by Jack Kirby. He is an even bigger villain than Marvel’s ‘counterpart’, Thanos. For a measure of Darkseid’s power, if he and Thanos were to get into a fight, Thanos wouldn’t stand a chance. There are also rumors of other DC superheroes making appearances in the film, such as Martian Manhunter, Green Lantern, and the Atom all of which would add so much to the DC film universe.

After the premier on HBO Max on the morning of March 18th. Actor Henry Cavill, who plays Superman, has this to say to Snyder on Instagram, “Here’s to you Zack. Congratulations! I know this has been an arduous journey for you, you kept fighting, though. I couldn’t be happier to see your vision for Justice League released. And what a movie it is!”

Long term DC comic fan, Philip Pennington, who is also my father, says this about the movie and how it represented the characters after watching the film, “There are many different ways to interpret these characters. This was an alternate universe that was different then the mainstream so not everything is the same as mainstream, but it was a good representation of their powers.”

TJ High School Senior, Katy Walz, says this about the film, “Zack Snyder made a much better movie. He actually had a full plot line and included important details for character development and reasoning for why things happened. It was a darker film than the original, which I liked and it focused on more things than the first (especially since it was longer)”

I had the chance to watch the movie on Friday, March 19. My expectations, although high, were met. Right off the bat, the movie begins right where the previous movie, Batman vs. Superman, left off with Superman’s death. We can see the pain in the faces of Batman’s (Ben Affleck), Wonder Woman’s (Gal Gadot), and Lois Lane’s (Amy Adam) faces. We can see how the death of their teammate, or in Lois’s case, boyfriend, is affecting them.

This movie was as shocking as it was moving. We get a sense of unity as the movie progresses and the characters learn how to work together and what’s at stake if they fail their mission.

The main villain in this movie is one of DC’s New Gods. His name is Steppenwolf, a member of Darkseid’s warriors. He was sent to Earth to find the three Mother Boxes which were left there thousands of years ago by Darkseid himself when he tried to conquer Earth before being stopped by the Amazons, the Alantians, the Humans, and the gods such as Zeus and Ares. You can even spy a single Green Lantern fighting in the battle before dying and seeing their ring fly off to the next host. The three Mother Boxes were left on Earth after Darkseid was stopped the first time. The Amazon’s, Alantians, and Humans each took one and swore to protect it. Thousands of years later, Steppenwolf obtains the first Mother Box after a grueling battle against the Amazons.

The 2nd Mother Box is still in Atlantis under protection while the third is in the home of Scientist Silas Stone, whose son is Victor Stone, or rather Cyborg. Cyborg himself is bonded with the Mother Box but we’ll get into that a little later. Steppenwolf is on a mission to conquer 50,000 worlds as a debt to Darkseid after a betrayal. Steppenwolf is constantly being checked on by Desaad who is Darkseid’s second in command. As the movie progresses, Steppenwolf uncovers that Earth holds the answer to the Anti Life Equation, which is something that Darkseid has been looking for since it has the power to control all life and can alter reality. Darkseid is intrigued and Earth is now a world that he needs to conquer.

Some of my favorite bits of this movie was the character development. Victor is dealing with the loss of his mother and his livelihood after an accident took both from him. He is all kinds of messed up after his father saves his life by introducing literal alien technology; a Mother Box turned Victor into Cyborg. Barry Allen, or the Flash, is trying to get his feet into the ground and find jobs to help pay for him to get in the crime solving career to help his father, who is wrongfully in prison for the murder of Barry’s mother. Bruce Wayne, Batman, is working on gathering and uniting the world’s metahumans and heroes in order to stop the incoming threat of Darkseid. Arthor Curry, or Aquaman, has always been on his own and has to learn how to work as a team. Diana Prince, Wonder Woman, is learning how to start to inspire others like Superman did. Lois Lane, who as mentioned before, is Superman’s girlfriend, is grieving after his death and is learning to come to terms with it. Superman himself was dead before the Justice League revived him for the fight against Darkseid.

Another great thing about this film was both the cinematography and the music scores. There was a scene where Aquaman is standing at the edge of a pier and water is splashing up all around him as the song “There is a Kingdom” plays, it was like Aquaman got his own little music video in the middle of the movie. I thought that was one of the most beautiful scenes in the movie, the song they chose to play fit Aquaman extremely well.

Wonder Woman had a new part added to her original theme. It was a sound I can only describe as either a battle cry or a Tarzan cry. It was played whenever she, or the Amazons, were seen fighting in the movie.

Another beautiful piece of cinematography was in the end fight scene where the Flash was running to turn back time. He was engulfed by lightning and running so fast that he was fixing everything by turning back time a few seconds, I think that scene really showcased the Flash’s powers and character well. It certainly did a whole lot better than what Joss Whedon did with the character. In the Joss Whedon film, the Flash was afraid and unsure of himself and was only really there to save pedestrians. In Zack Snyder’s film we see what the Flash is willing to sacrifice and do to save the world which really shows us who the Flash really is.

This was a four-hour long journey that is totally worth the watch. It replaces what the whole Joss Whedon film did in every way. Zack Snyder took one of the most disaster superhero films and turned it into a work of art. There is so much in this movie to make even the newest DC Comic fan freak out. I was on the edge of my seat the whole time wondering what’s going to happen next. It leaves open strings so more films could potentially come after and be tied up. But one of the best things at the very end of the film.

As the film wraps up, the black screen appears and on it are the words “For Autumn,” with whom we shall remember and honor with this film.