Many students were very sad to hear that Governor Thomas Johnson High School’s (“TJ”) prom was getting canceled due to COVID-19. But then many people’s hopes for a prom were raised again when parent-sponsored proms were announced. I interviewed two juniors, Brady Johnson and Kiefer Bell, and one senior, Justin Chappell, on how the prom went. From their responses it sounds like the prom was a big success.

When hosting a big event like this for high school students across Frederick County, you need to take the pandemic into consideration. Brady said, “Masks were optional and most opted to not wear a mask.” It sounds like social distancing was not required at this prom. Hearing this could be scary, 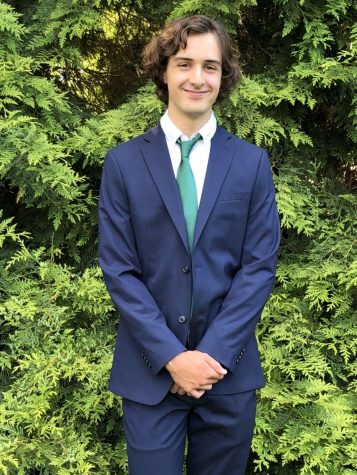 but it was at the students’ own risk since they had to fill out a waiver beforehand. Despite the lack of social distancing and the risk of COVID-19, all the people I interviewed sounded like they had a good time.

Everyone loved the music and all the snacks and beverages that were provided by the hosts. Kiefer said, “I would say that I enjoyed the dance very much as the music was pretty good.”  Unfortunately, if you missed the prom you also missed out on a lot of gift card giveaways. Justin said, “They wouldn’t take my Soundcloud as a song request but I won a chipotle gift card.” There were fewer teachers and a lot more raffles at this prom, compared to what has been noted at past proms, so it sounds like the students had one of the best proms in a while.

The parents did a good job of letting the seniors have their last big prom, truly something they can always remember. Justin said, “I appreciate the amount of effort parents put into the prom to give students something.” The students at TJ all really enjoyed this year’s parent-sponsored prom and it sounded like it was the best prom any of the seniors at TJ have had in a long time.