The History of Thanksgiving 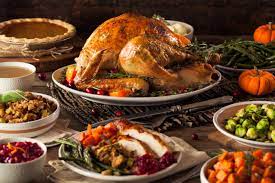 We all know Thanksgiving as the one holiday everyone comes together for. Whether as friends and family to celebrate and most importantly, eat a bunch of food! But the history of Thanksgiving in its early stages was a lot more dark than told at school.

In actuality, Thanksgiving started before the fabled 1621 story 400 years ago. First, settlers in Berkeley Hundred in Virginia decided to celebrate their arrival by hosting a Thanksgiving-like party in 1619. Decades prior, the Spanish and the Seloy tribe held a mass in Florida in the year 1565.

Thanksgiving nowadays consists of meeting up with family and friends and having a feast, but back then it was more a day for religious observance than anything. It was quaint and small, and back then. But the fabled ‘1621’ story actually in the Pilgrims’ eyes likely took their sober day of prayer in 1623 as the first “Thanksgiving”.

In today’s world, most people celebrate by getting together and eating turkey and all the good sides. Yet Native Americans in today’s world protest and fast during Thanksgiving, as a reminder to what the settlers did to their ancestors. Many members of different indigenous tribes across the United States mourn and fast from sunrise to sunset, as the United American Indians of New England declared in 1970 a ‘National Day of Mourning’.

For some Native Americans, this will go by as another day of mourning for their ancestors but for the majority of Americans, this will be the first Thanksgiving back with family and friends since the pandemic started.  I spoke with Sophomore Nayramis Paris Rodriguez-Lugo about how she feels coming back with family again for the first Thanksgiving since the pandemic. “I feel very excited,” she said. “This year will be the first I see my family from New York for Thanksgiving in two years, and family is very special to me and I love spending time with family who I haven’t seen in a long time.” Nayramis isn’t alone in her sentiments, sophomore Edwin Ramirez is also seeing family from New York as well, “This year I’m going to New York to see my family in Long Island, I might go into the city with my family as well so it’s going to be a lot of fun.” There are many more examples like Nayramis and Edwin either visiting family or vice versa. Yet there are some students and others around the country who celebrate the holiday, but also know the true meaning of what happened in that fabled story.

Sophomore Caleb Dillman said, “Thanksgiving is a holiday where I feel that families and friends all come together and it should continue to be that way.” He explained that Thanksgiving is a holiday where people celebrate, yet for the natives who were the original celebrators, their descendants resent the holiday. “I personally think it is such a shame that people don’t know what truly happened at Thanksgiving over four-hundred years ago. People should be educated about how the indigenous Americans were treated on that day.” Caleb, like many Americans, will meet with family and eat together, but Caleb alongside native Americans today will also acknowledge what happened to the indigenous Americans during the first Thanksgiving hundreds of years ago.